Blog Reflections #1: Taking the Love Connection By the Heels 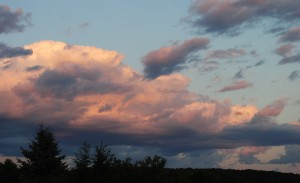 I’ve been taking this  new “connect to the blogosphere” philosophy by the heels lately trying to sort it all out and keep track.  It can get all quite blurry, but sometimes something pops up that gets caught in my head.    Normally I would keep such thoughts to myself, but I’ve been accused many times of people feeling like they never really “know me”.  What more is there to know, except for the randomness of my thoughts?       Okay, I’ll give this sharing thing a try and not worry about who will care and who won’t.  I’ll try not to worry about pushing the publish button too much and just ride on the energy before it wanes.   It is feeling a little bit like the first day of middle school (sick and nervous), but my goal is to do things and have it feel like Kindergarten.  I loved Kindergarten and I can still describe the colorful room and remember the names of the teachers.

Yesterday, on Word Dreams, there was a post on “Writing about Love“.

“Still unsure? Read books in your genre. See how your favorite authors wrote about love (because there’s rarely a novel that doesn’t at least touch on it). Take note of what seems particularly effective for you. Borrow the technique, not the words. ”

Very sound advice and I did this in my pre-teen years trying to emulate how to write from the different books I’d read.  However, as I was thinking on this I realized that I could not think of one book off the top of my head that had a love story that stayed with me and connected me.     There’s the classics, of course, which are mostly tragic.  Lots of Harlequin formula smut and Paleo Porn thanks to Jean Auel.     Run-of-the-mill everyday love?     I thought for a good five minutes before I could come up with just one: Dean Koontz’ Lightning.          I was fifteen years old when I read that book and it was the first of his that I’d read.     There were actually two love stories in it both pivotal to the plot, but not at the forefront.      Two male characters were in love with the main female character.  The first was a minor supporting character who won her love by leaving her tokens of affection (I hope this is the right book or I’ll be really embarrassed), and the other loved her from afar and did everything he could to protect her even though it was against his mission.   He found himself a better man in loving another, but asking for nothing.

I wanted to write something to like that.   The love that is woven so well in the story that it goes unnoticed until you recognize it later.   That sort of love gives people hope.   Flashy, bold love is fun; but its the quiet love that sticks.

Is there a book out there that you’ve read that has a love scene or theme that has stayed with you?

6 comments on “Blog Reflections #1: Taking the Love Connection By the Heels”